Let me answer your questions: Part 1

One of the most entertaining things about writing this blog, is seeing the search terms that people have used to find it. Some of them leave me completely befuddled ("Giraffe eating man"), and some are amusing combinations of words that happened to be in a particular post. But my favorite ones take the form of questions.

I am pretty sure that most of the questions people have used to find my blog are not answered in my blog, and I hate the thought of disappointing people. So I thought I would take some time and answer a few of my favorites.

(All of these are actual 'search terms' that showed up on my blogger stats, I am not making these up.)


This is a surprisingly interesting question. My answer is probably. All the evidence points to us needing neurons to think.  When neurons get damaged in certain parts of the brain, things start going badly in the 'smart' department. If you had no neurons, you probably couldn't think.
There are two caveats that make this question interesting.

1. Sometimes things that do not have neurons act 'smart' (see my post about the almost-neurons of the Venus Fly trap)

2. If neurons make you smart, they also make you stupid. You need neurons to perform a 'stupid' action just as much as you need neurons to perform a 'smart' action. An example here is when I am trying to drive somewhere I don't often go, I might accidentally find myself on my way to work.  I might think "how stupid of me, I wasn't even thinking" And it would be true.  The stupid action of turning the wrong way is because my striatal neurons have encoded the drive to work really strongly.

This question directed someone to my post "How animals, Shrek, and Yoda stimulate your neurons." 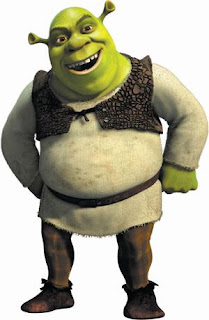 And yes, in fact, Shrek does wear pants, though I had to google that term myself to find out. The issue here is that Shrek's pants are a dark olive color, close in hue to his skin tone, making it hard to tell and remember that he is wearing pants under that short tunic thing.

UPDATE: 8/6/12 I have been informed by an astute reader that Shrek does not in fact wear 'pants' but rather 'tights'.  I suppose this is a more accurate description of his attire, so I formally apologize for spreading Shrek-related misinformation.

3. "Why is it better to play female Mass Effect?"


This is sort of answered by "4 reasons all women should play Mass Effect" But the question is specifically referring to playing the game as a woman rather than as a man.

A lot of people play Mass Effect as a woman because they think the voice-acting is better. (I agree with this)

And I think Commander Shepard makes an excellent role model for young girls aspiring to one day save the galaxy.


(FemShep Barbie would be such great friends with my Computational Neuroscientist Barbie!)


Readers, I hope you have found this post informative. I plan to continue answering these important questions for you in the future.