Real or Not Real: NeuroTorture 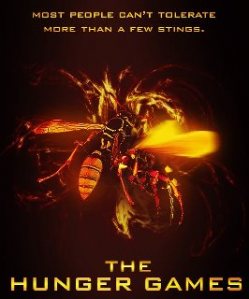 I am not going to lie, I recently got caught up in Hunger Games fever, tearing through all three books at a breakneck pace and staying up way too late doing so. While these books raise interesting questions on some of my favorite topics (like 'how much is too much to sacrifice for victory?'), one particular neuroethics issue jumped out and stung me.

Without divulging any plot points or spoilers, I will explain:

In the last book, Mockingjay, a good guy is taken hostage by the bad guys.  Although you never see any actual scenes, it is clear that this person is being tortured for information. One particular form of torment used on this character is called Hijacking.

Injected with the hallucinogenic venom of the mutated wasp (the tracker jacker), this person is forced to recall memories and watch videos of people s/he loves.  This disoriented and unquestionably negative emotional state then alters this person's memories such that when s/he finally sees the familiar faces, s/he distrusts them, hates them, and wants to kill them.

This portrayal of neurotorture (yes, you can put neuro in front of any word) brings up several questions:

1. Could this really work?
There is no such thing as a Tracker Jacker, but in principle, could a mood or perception altering drug be used on a person to change their memories?

A drug that depleted a person of dopamine or serotonin, or in contrast flooded them with dynorphin, could depress someones mood and possibly make them paranoid or distrustful. Could re-opening a memory during a suspicious, paranoid mood cause someone to re-encode that memory with doubt, distrust, misery, or hate? Or could the addition of a powerful hallucinogen, result in the person not being able to tell which memories were real and which were not?
Kindt et al., in 2009 showed the opposite was true, that application of a beta-blocker (an anti-anxiety drug) during the recall of a fearful memory could dampen the fear response associated with that memory, while the drug alone (without the re-opening of the memory) had no effect.

Could this method sow doubt and confusion in a prisoner's mind? yes.
But, could it make some one ready to kill their old allies? not too likely. I think it would take some seriously extensive and targeted hijacking to even come close to something like that.

In my opinion, the most likely outcome to any hijacking attempt with current known neurological targets would be to drive the prisoner into despair and madness. I doubt you could 'reprogram' a person to kill a specific target.

This is a pretty tough question. If a government has tried this, it is likely a secret, and all the sources I can find online explaining how governments weaponize LSD or whatnot appear about as reliable at The Men Who Stare at Goats. (so I am not adding links to them here, google it if you want some serious theorizing)

Answer: I really don't know, but I want to know.

In one sense, the answer seems an obvious yes, so I will re-phrase this question into a slightly more complex one: Is neurotorture worse than physical torture?
Is it a greater violation of human rights to take away their identity, their loyalty, and their ability to make rational decisions rather than hurting their physical body?

In a sense it seems much worse.  It was certainly much more heart wrenching to read about hijacking and its repercussions than to read about physical torture.  But why?

It could be argued that the whole point of the physical torture is to break a person's mind and take away their ability to make rational decisions. And if you have a physically non-painful neurochemical shortcut to do so, why shouldn't you use it? Maybe it would save every one's time, get that critical information soon enough to stop the terrorist attack, and even protect the prisoner's body from pain.

So why does it seem so distasteful? Is it important to give the person a chance to resist physical torture? Is that more fair?

My answer to is neurotorture wrong? yes, but not more wrong than physical torture.

Readers, I am sure you have opinions and I am curious to hear them.  please express your opinion here or in the comments section.


To make things even more complex, what if instead of neurotorture, the opposite tactic was used. what if a prisoner was given extensive repetitive doses of oxytocin to try to hijack their trust? Is it ok to purposefully induce a form of stockholm syndrome in your prisoners? This would be a physically or psychologically non-painful way to get a prisoner on your side.
Would it work? possibly.
Has it been tried? no idea.
Is it wrong? good question.

Email ThisBlogThis!Share to TwitterShare to FacebookShare to Pinterest
Labels: humans, neuroscience for everyone, philosophy, you can't trust your cells